Check out this review of my novel by Jeremy Webster, who reviews movies for F5 and books for The Geek Girl Project. Here’s an excerpt:

Much the way Stephen King’s The Gunslinger told a dark fantasy tale by dressing it up in spaghetti western characters, costumes, and settings, much of Zolnoski’s science fiction debut comes in a shell of adventure fantasy, particularly in early, action-heavy setpieces involving a long, arduous escape from enemy armies and pursuing predators dense in a seemingly endless forest region, and late in as the novel’s protagonists set to sea in a steampunk-style sailing vessel to contend with sea monsters on their way to their fabled destination.

But to assume the work to rest on something as mundane as rescuing the girl or saving the world from the latest watered down wannabe Sauron or Morgoth is not what Zolnoski had in mind. A reader and fan of classics of the science fiction genre for most of her life, Zolnoski carefully weaves in plot elements involving issues such as sociology, relative ethicality and morality, ecological stewardship, and even innate species memory.

As Zolnoski approaches the novel’s climax and conclusion, the work begins to take on thematic elements of it being merely a tiny, but crucial, moment in many such moments leading to these events throughout history, many of which were either pre-ordained to occur or optimized on a statistical plausibility of occurring. Such is the sort of storytelling arc conceptualization we saw with Asimov’s Seldon crisis concept throughout his Foundation series, and the millennia-long genetic breeding programs eventually resulting in Paul Atriedes in Frank Herbert’s Dune series. Zolnoski works with the conceptual brain food of the classics, while delivering it in a package of epic fantasy adventure.

Zolnoski’s prose is largely fluid and easily accessible and her characters are interesting and relatable. They tend to be somewhat archetypal of their various specialties in interest in skill, but this is hardly a detraction to the proceedings as the novel itself justifies why they function in this way. A strange way to relate this notion, I know, but readers will know exactly what I mean when they experience the novel themselves.

Check out the whole review at The Geek Girl Project.

Also the novel is available through iTunes as well as Amazon. Best way to find it on iTunes is to type in: Zolnoski. 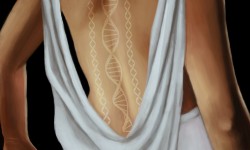 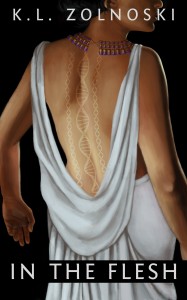 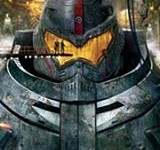 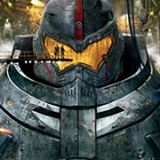 I got a chance to read and review the Pacific Rim official novelization and I am happy that I did. I’ve read a lot of books written from movies (mainly Star Trek novels) and generally I like whichever I get to experience first, book or movie. Not so with the Pacific Rim novel. The movie is far and away superior to the novel. Not that the novel isn’t good, mind you. It’s just that the movie is very action-packed and the book, by its very nature, moves more slowly. The movie can show you things that the book must describe and that, of necessity, slows the pace down.

I did enjoy the little extra tid-bits about the Antiverse and the Precursor race. There was a tiny bit more flavor about the characters but I liked what I got from the movie better. Alex Irvine did a top notch job of converting the movie to a novel, in fact the Pacific Rim novel follows the movie more faithfully than any other movie novelization I’ve read.

My only quibble were the spec sheets, or bits of the dossiers that were inserted between scenes. While they are informative and provide important plot points, they get a bit tedious towards the end. In fact in the final exciting battle I found they actually got in the way of the flow of the story.