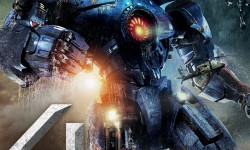 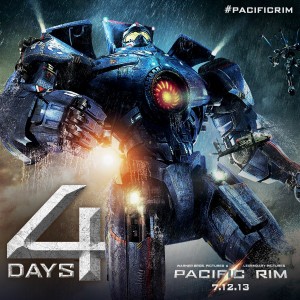 Yes, I already have my tickets for Pacific Rim in IMAX 3-D. I cannot help but wish Star Trek style holodeck viewing were possible for this movie. This latest trailer is amazing.

Everything I’m seeing so far leads me to believe this movie may actually live up to the hype. I have very high hopes. I also hope my copy of the novelization comes today so I can get started reading that and have both reviews ready to go by the end of the week. I’ll keep you posted. K. 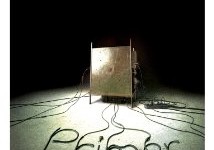 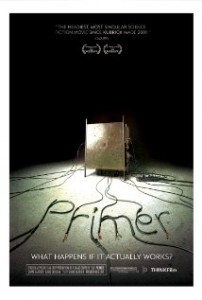 Primer written and directed by Shane Carruth is a straight up science fiction movie. There is such strength in the writing and the plot that flashy special effects are not really missed. This is a movie that is the best of what budget movies offer, a good story held back by the limitations of its budget.

It’s a story about engineers so you know there’s no sex in it (haha little engineering joke). The strength of this story is in the engineering and the way the main characters think about and approach their device and what to do with it and about it. The characters are engineers and they test, retest and check and recheck their device. They do the math, they are cautious to the point of paranoia in some places. They try to contend with and limit variables and they do this in a clear, concise, understandable and intriguing way. The movie plays to its strengths and the strength of the genera.

You have to pay attention. Primer is a movie about time travel and things don’t always happen in linear, chronological order. The soundtrack is odd and doesn’t compliment the movie at all. There isn’t a lot of extraneous stuff, or extras getting in the way of the plot and they aren’t missed. There is enough of interest going on just exploring the discovery and how it is used.

Primer is a low budget movie but well done. It doesn’t distract from the story with unnecessary side plots that have no bearing on what is happening. It doesn’t have a lot of flashy effects. In fact the device looks like something an engineer would whip up in his basement using odd bits and bob of hardware and whatnot they have hidden away or salvaged from household appliances that no longer work.

Primer is no horror flick, it’s not a disaster movie, it’s no action packed hero saves the day movie, it’s a good, solid, science fiction story about some engineers who stumble upon a time machine. I liked it. K.