Rose City Comic Con is going where no one has gone before!

Avery Brooks is best known for his role as Commander/Captain/Admiral Benjamin Sisko in the sci-fi series, Star Trek: Deep Space Nine, Hawk in the mystery series, Spenser: For Hire, the spinoff series, A Man Called Hawk, and as Dr. Robert Sweeney in American History X.

Avery was the first African American in US history to receive an MFA in acting and directing in 1976. Since then he’s appeared in numerous television shows, commercials, video games, and films including American Playhouse, Uncle Tom’s Cabin, Roots: The Gift, Gargoyles, The Big Hit, and 15 Minutes. Avery has also taught acting at many universities.

With an anticipated attendance of over 15,000 in 2013, Rose City Comic Con has established itself as one of the most exciting new conventions on the scene. Founded by Portland-area entrepreneur Ron Brister in 2012, RCCC is one of the fastest growing conventions with the focus of fan and family-friendly fun.

Look for regular press releases containing all of the latest news leading up to the show in September 2013. For more information, please visit RCCC’s website at www.RoseCityComicCon.com 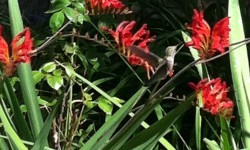 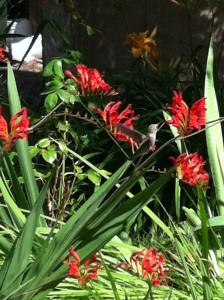 I wasn’t going to post about my garden again so soon but to my utter delight a hummingbird stopped by today and I got pictures. She’s very shy and lovely and she sounds like being buzzed by a humongous wasp when she flies by my head but I’m so pleased she stopped by for a sip of nectar. Interesting story, I got 5 Crocosmia Lucifer bulbs as a gift when I moved into the house years ago and the flowers you see are the descendants of those 5 bulbs. I never planted any more. They are naturalizing and spreading. Thankfully they are beautiful and they attract hummingbirds because I don’t think I could get rid of them if I wanted to. 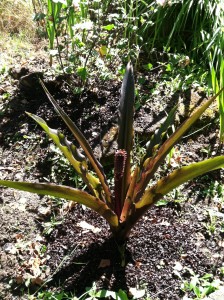 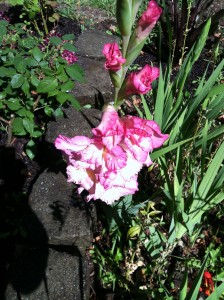 There is still a ton of weeding to be done and I’m hoping to get the spot in back ready for raised beds this fall. I may not be able to grow much in the fall but they’ll be good and ready for the spring if I can get the area cleared and the beds made and installed in the fall. K.