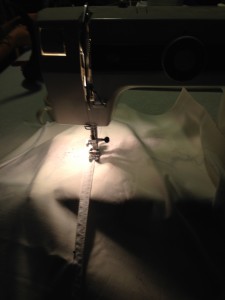 Gentle reader it occurs to me that you would like to know the materials and costs. Sorry it’s the third post before posting this. I wasn’t sure how much I’d be blogging about this project when I started. 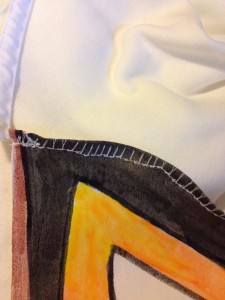 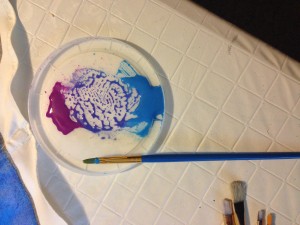 My total so far is $62.74 and I’ve spent approximately 12 hours of my time working on it to date. So I’m around $12.74 over the budget I wanted to stick to, which isn’t too bad and I’m sure I could have found more cost effective ways to get some of the things I got. For example I probably only needed half a yard of the faux fur and 2 yards of the boning but I wasn’t sure how much I would need at the time of purchase. I could have gotten just one form for the fascinator instead of two if I’d ordered the shape I wanted from ebay and I could have gotten the fabric markers on sale. I could have gone with a cheaper cotton but I wanted something sturdy. I’m hoping this costume will last me for many cons.

So that’s the current breakdown.

Today I got to work on my Mothra cosplay for 4 hours. That’s probably a third of the total time I have been able to spend on this costume and is a goodly chunk of time for me to work on it all at once. After giving it some thought I decided to add some boning to the wings so that when they are extended they display rather than folding.

Now I’ve never worked with boning before so I did a quick google. Given my options, via the great oracle Google, I chose to go with sheathed boning so that I wouldn’t have to sew sheathing myself. I can sew a straight seam but I’m a far cry from a seamstress. I got my sewing machine used several years ago and took it to a local fabric store to have it tuned up and they gave me a few lessons on using it. I also chose white sheathed boning so I could paint it along with the fabric I’m sewing it onto.

I spent the morning sewing the boning into the wing and hemming around the edges. The cotton fabric I bought is woven so that it doesn’t unravel but a piece doesn’t look finished if it’s not hemmed. Since I foolishly didn’t calculate a 1/4 inch hem I tried to keep it as small as I could so as not to take up too much of my fabric.

Once the sewing was done I got back to painting. From the way the fabric is taking the paint it looks like two coats of paint will be needed to get the color saturation right. Both sides of the wing sections will have to be painted. I haven’t even cut the secondary wings yet. The size and shape of the lower wings will be critical to the way the costume works. From what I can tell of the toy I’m suing for a model, attaching the lower wing pieces before they are painted will be the best way to make sure the pattern matches up.

The faux fur will be an accent along the inner edge of the wings and will likely need to be attached to the wing after both sections are sewn together but before the painting of the lower section. Since each section will require two coats of paint, minimum, I’m expecting this to take quite some time. Fortunately I have extra boning so I can put some on the lower wings too.

Since I bought spray paint pens but found they spattered too much, I’ve been spraying them onto a plastic lid and using paint brushes to paint. This has allowed me to mix colors to great effect. I will post as I have updates 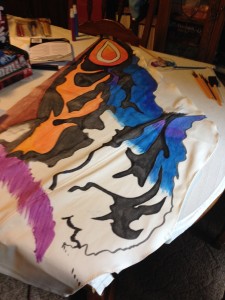 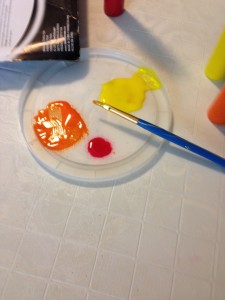 I've been an author all of my life, I just didn't realize it until the Great Recession and I got laid off. With no job on the horizon and a need to keep myself engaged in something productive I began to seriously write. Oh, I've always written. I've written in secret. I've written fan fiction. I've written when I was too embarrassed to let anyone else, save my long-suffering sister see it. All that and it never occurred to me I was a writer until circumstances forced me to try my hand at self publishing. Sometimes it is funny how the universe has to show you what is right under your nose.
View all posts by K. L. Zolnoski →
Tagged Budget, Cosplay, Mothra, sewing, wings. Bookmark the permalink.

One Response to #Mothra #cosplay construction Day3: A #Budget Breakdown