A Prodigal Magic: The Gathering Player Returns To The Game 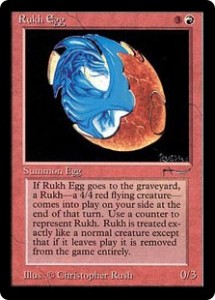 Well, that would be me. I stopped playing just after Mercadian Masques came out (has it been so long?). I had started playing Magic: The Gathering right after The Dark came out, so not a bad run but life got busy and I didn’t have the time or the money to keep up and it kind of fell by the wayside.

So fast forward to the week before Christmas and my family, after months of badgering, gets me to play MTG again. Now everyone is playing all these new cards from sets and expansions I’ve never even heard of. This leads to me having to upgrade the two old decks that I kept as mementos of my Magic playing days.

It was The Cube, which initially brought me back to Magic. That format allowed me to see what some of the newer cards do and to have fun without the investment of my own deck. That was so much fun I actually wanted to dig out my old decks and see what they could do. 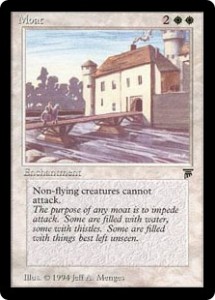 Back in the day when the only angels were Serra Angels, Fallen Angels and Archangels I built an angel deck (It wasn’t as bad as you might think—I have a Moat). I also built a Fallen Angel deck that relied on Kobolds and Yawgmoth’s Will. These decks, in their primordial state, got thoroughly trounced by the newfangled decks my family is playing.

These brutal and startlingly fast defeats led to some deep soul searching and even deeper searching of The Gatherer online database of Magic cards and a couple weeks of upgrading my old decks.

I didn’t want to move too far away from the original concepts of the decks. While my family tends more towards the “Spike” style of play (fast kills at any cost) I prefer more of a “Johnny” style of play (what do the cards do and how intricate can I make the combinations). I liked the idea of Fallen Angels and using Kobolds as sacrificial critters is not only fun and gives an underrated card some love, it makes old school players of MTG smile when they hear about it.

So, a few Grave Pacts, Skullclamps and other things later and my Black-Red Rakdos (a name I’ve had to learn as I’ve gone along) deck became my only truly competitive deck. This led to an hysterically funny and ridiculous win wherein a Khabal Ghoul had 33 +1/+1 counters on it and I top decked Profane Command against a Gruul deck (another name I learned, albeit while getting my kiester handed to me during game play). 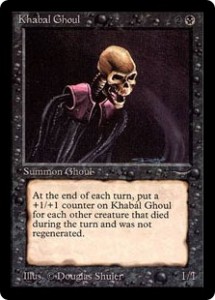 I cast the Profane Command, gave 6 of my creatures fear and took out the Gruul player who had a dozen huge and mostly flying creatures on the board that I had previously not been able to get through. Attacking every turn with the Khabal Ghoul and forcing the player to block with a saproling from their Verdant Force led to the Ghoul getting ridiculously huge. They were unconcerned since the Ghoul couldn’t fly right up until I gave it fear. I also hit a player for 6 life loss with the Profane Command which allowed me to take out both of my opponents.

My decks don’t work like a normal tournament deck. I play strictly casual Magic. I like the complex win or loss. My Rakdos deck is the closest to a tournament deck I have and I don’t feel compelled to make another like it. I like to be competitive but I feel the turn 1 or 2 kill isn’t fun at all. You don’t even get to see what the cards can do in that kind of a game. There’s no real strategy to it, you’re just hoping to get the combo before anyone else has a chance to do anything. As far as I can tell, I play Magic the way other people play Chess. It makes my opponents crazy because they don’t understand what I’m up to but they know if they can’t take me out early I’ll build up to something bad for them.

Ok so Rakdos is now the term for a Black/Red deck. Here is the current, improved deck list for what I used to call my Fallen Angel deck: 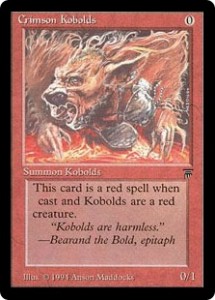 As better players, or perhaps different style players, than I am will notice right away, there are a lot of single cards in this deck that perhaps could be replaced with others and multiples that would be more efficient at achieving a win condition. That’s not how I play. I like to see the different things that all of these cool cards can do. The fun is the complexity, the possibilities and the unexpected that the cards can produce.

This is my most competitive deck. Next time I’ll write up one of my other decks. K.

I've been an author all of my life, I just didn't realize it until the Great Recession and I got laid off. With no job on the horizon and a need to keep myself engaged in something productive I began to seriously write. Oh, I've always written. I've written in secret. I've written fan fiction. I've written when I was too embarrassed to let anyone else, save my long-suffering sister see it. All that and it never occurred to me I was a writer until circumstances forced me to try my hand at self publishing. Sometimes it is funny how the universe has to show you what is right under your nose.
View all posts by K. L. Zolnoski →
Tagged Fallen Angel, Khabal Ghoul, Kobold, Magic: The Gathering, MTG, Rackdos, Serra Angel, Yawgmoth's Will. Bookmark the permalink.